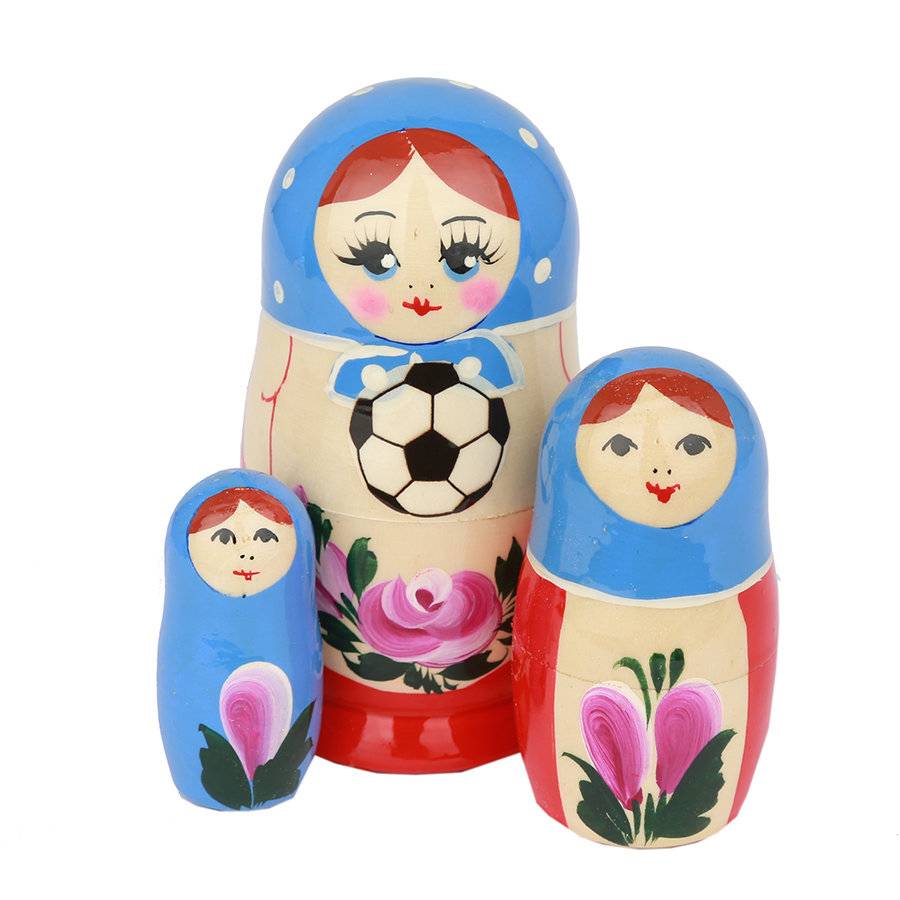 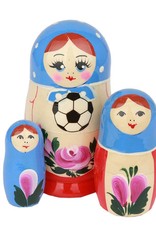 The FIFA World Cup, often simply called the World Cup, is an international association football competition contested by the senior men's national teams of the members of the Fédération Internationale de Football Association (FIFA), the sport's global governing body. The championship has been awarded every four years since the inaugural tournament in 1930, except in 1942 and 1946 when it was not held because of the Second World War. The current champion is Germany, which won its fourth title at the 2014 tournament in Brazil. This year the hosting country is Russia and the football game hosting cities are Moscow, St Petersburg , Kaliningrad, Kazan,
Ekaterinburg, Nizhny Novghorod, Samara Saransk, Sochi , Volgograd and Rostov on Don. Our oldest matryoshka from Semenov will be present in all cities.